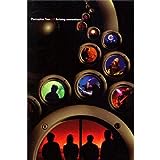 Product Description
NTSC/Region 0. Two DVD set. Filmed October 11/12 2005 at Park West, Chicago on the Deadwing Tour, Arriving Somewhere captures the outstanding Porcupine Tree in glorious 5.1 and stereo. Over the past 20 years, Porcupine Tree have grown from a Steven Wilson Psychedelic experimental studio project to worldwide phenomenon. Their album Fear Of A Blank Planet album continued the band’s rise and was awarded the prestigious Album Of The Year award at the Classic Rock Awar… More >>

The Stars Fell On Henrietta

Related deals
We will be happy to hear your thoughts